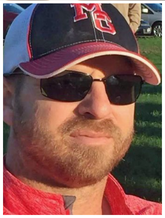 Mike Myles was a beloved, faithful part of the Bethel Family. Almost every week he could be seen sitting in his spot on the left side of the auditorium.

He had a heart for serving. He coached multiple sports for Maple Grove School, and he was very active with his community. Somehow he always found time to be a referee for Bethel's Upward Basketball program. He also participated in several of our church dramas.

​Mike loved people, but he also had a love for God. Both his love for people and his love for God moved him into action when his sister-in-law passed away unexpectedly. Without hesitation, Mike and Kim adopted their nieces, increasing their number to a family of six (Alexis, Austin, Lauren, and Gehrig). Mike and Kim focused on loving Alexis and Lauren, making them part of the family and teaching them about God. A couple of years later, the family received devastating news:  Lauren was diagnosed with a rare liver cancer. Mike jumped into action. He got her the best care possible, prayed like crazy, and watched as God performed a miracle and -- along with care from some amazing medical professionals -- eradicated Lauren's cancer.

Not long afterward, Mike was diagnosed with stage 4 colon cancer. Mike fought hard and bravely. He worked as long as possible, made it to church until he was too weak continue, and loved God through all of it. When he was told about some of the exciting changes happening at Bethel he would say, "I can't wait to go back and see it." But that day never came. On August 23, 2019, surrounded by his family, Mike passed away and went to heaven. The impact of his life was seen as more than 400 people attended his funeral.

As Mike's life impacted so many, so also has his death. Several memorial gifts were donated to Bethel in memory of Mike. Those gifts have enabled us to purchase new microphones, in-ear monitors, and a new AV computer. These, combined with other gifts used to buy cameras, have made it possible for Bethel to run livestream services. Although Mike could have never  predicted the effects COVID lockdowns would have on the nation, because of the gifts given in his memory, no one has to miss services even if they cannot make it to church.
​
We continue to miss Mike very much. But we hope his memory -- and the gifts given in honor of his life -- can help people to know and understand God's love for them.